It seems like there’s a world record for just about everything these days. Like the world’s smallest roadworthy car (the “Wind Up,” at 41 inches by 26 inches by 52 inches), the fastest mobility scooter (which can travel over 71.5 miles per hour), and the furthest traveled on foot while balancing a pool cue on one’s chin (one mile, 64 1/4 yards).

However, there doesn’s appear to be a world record for the longest seamless gutter ever produced. But that may be about to change.

M&M Seamless Gutters, which is based in Essexville, Michigan (which, incidentally, is only four miles away from Bay City, Michigan — site of the world’s largest ball of plastic wrap at 11 1/2 feet in circumference), has reportedly installed a single length of seamless guttering that spans a mind-boggling 456 feet. The gutter took a dozen men to hang on the outside of the Fortune Building in Saginaw Township in December of 2012. 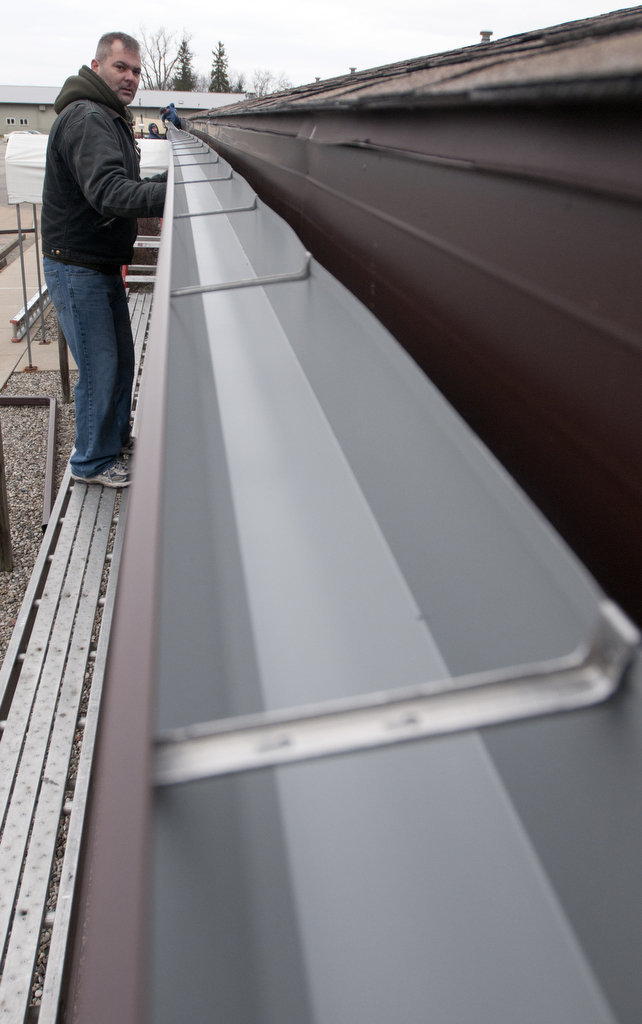 The gutter was almost twice as long as anything the company had previously installed. Chuck Barringer, the owner of M&M, said that the next longest seamless gutter he was aware of was 450 feet in length and was hung by Theodore’s Seamless Gutters in Ellsworth, Maine.

Nicole Stark, the office manager of M&M, says that she searched for the official Guinness World Record for longest seamless gutter but came up empty. So she contacted Guinness directly, and was told to take photos and provide other documentation so the company could submit the accomplishment for a spot in the record books. Stark says she hopes to receive official confirmation of the achievement from Guinness by February of 2013.

While the length of M&M’s seamless gutter is certainly noteworthy, the practice of gutter contractors producing their own seamless gutters is nothing new. Numerous companies around the world have purchased their own gutter manufacturing machines, many of which are trucked directly to the job site. Workers simply take a coil of flat aluminum (or other metal) sheeting and feed it into the machine, which bends the metal to form the finished gutter and pushes the end product out the other end.

The advantage of seamless gutters is that there are fewer weak points in the guttering which can separate or crack, a problem that is common on guttering runs that consist of 10-foot sections that are bolted or clipped together. 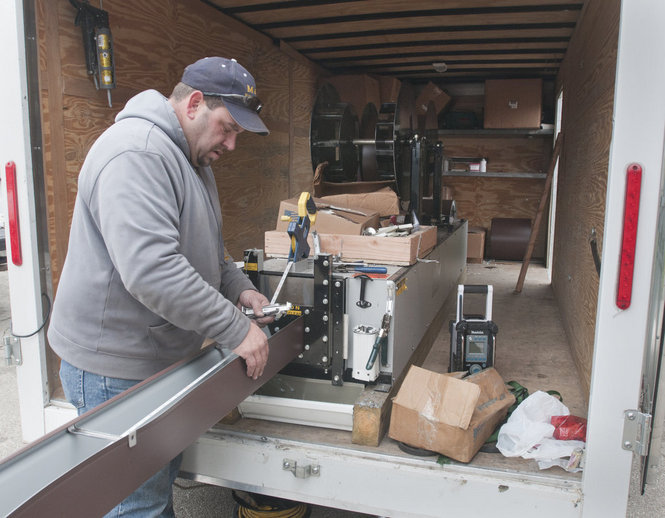 There’s a pretty good chance that once confirmed by Guinness, the 456-foot seamless gutter record will stand for quite a while. That’s because the number of buildings which can support that length of guttering is relatively small. After all, a 456-foot piece of seamless gutter is much longer than an American football field. In fact, it’s six feet longer than a Canadian football field, which spans 110 yards (instead of 100) from goal line to goal line and features end zones which are 20 yards deep.

So kudos to M&M Seamless Gutters! Now, the big question: will there be another company who will take on the challenge to beat this world record?