There are two things about buildings that many people take for granted: gutters and roofs. 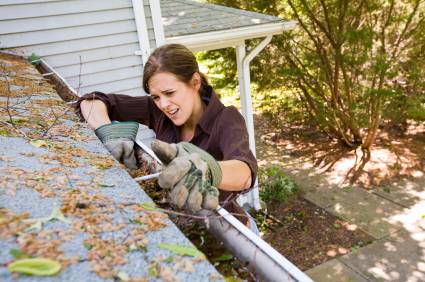 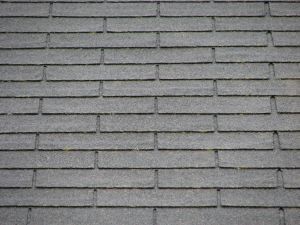 That’s largely because folks tend to focus more on the visual elements of a structure like its facade, exterior paint, or overall architecture.

However, there are quite a few weird stories out there involving roofs and gutters. Here are five of the most unusual.

1. Attack of the Gutters: Sometimes, you can just be minding your own business when a gutter attacks you for no reason at all. Don’t believe it? Ask a lady in Annapolis, Maryland. In February of 2012, the 65-year old woman was walking near a home when a gutter covered in ice, broke off and fell two stories to land on top of the victim’s head. The woman had to be taken to a nearby hospital with a head injury, but she did manage to survive.

2. The Pyromaniac Gutter: There are plenty of things around the house that are capable of starting a fire, such as matches, space heaters, boilers, and even faulty electrical wiring. But you wouldn’t think that gutters would be anywhere on that list — and you’d be wrong. In Prince George County, Maryland (what is it about gutters in The Old Line State?) high winds in December of 2008 caused a section of guttering to detach from an apartment building. The gutter fell onto a power line and sparked a fire, which engulfed 42 apartments in the complex. Although many were displaced by the blaze, no injuries were reported.

3. Rope-A-Dope: But it’s not just gutters; the roofs to which they attach are also the setting for all kinds of weird happenings. Especially when you mix in humans, who aren’t used to moving about while not on terra firma. As the story goes, a man wanted to work on his roof, so with safety in mind he wrapped a rope around his waist, tied the other end to the hitch of his pickup truck, and went over the roof’s peak and worked on the other side. This sounded like a novel plan … until his wife decided to go shopping. Not knowing where the man was, she fired up the pickup and began pulling away, whisking the man over the rooftop and along the ground for some 300 yards before she discovered her attached husband. Luckily, the poor man’s injuries were limited to severe scrapes.

4. The Runaway Shingles: A man was helping a friend re-shingle a barn roof, but wasn’t secured to the roof (as per recommended safety guidelines). So when the man got tangled up with a bundle of shingles that began sliding down the barn’s pitched roof, he reportedly began running sideways along the roof (like something out of “Mission Impossible.” Luckily, the man reached the edge, jumped off the roof, and landed in a hay rack uninjured.

5. The Dirty Roof: Finally, here’s a story about a man who either hates his job or simply thought he couldn’t get caught. The employee of paper products manufacturer Kimberly Clark was coating a flat roof on a building at the company’s plant where he had the brilliant idea to take a roller and spell out “K.C.” (for the company name) preceded by a vulgar four-letter word which contained those two letters. The idea was that no one from the ground could see the message atop the three-story building. And he was right: however, the Kimberly Clark CEO, who just happened to be flying over the plant in his private plane that day, did see the display. Needless to say, the guy did not earn “Employee of the Year” honors that year.