Save $225 off your entire purchase! Get your free quote
Blog

There are hundreds of gutter maintenance and repair companies across the U.S. But some of these businesses have embraced an even more important calling: to help those in need in their service areas. Here are five examples of how local gutter companies are choosing to give back to their communities. 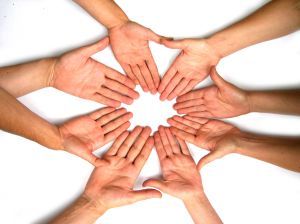 1. The Brothers That Just Do Gutters – LaGrangeville, NY

Ryan and Ken Parsons, aka “The Brothers,” are both as committed to their community as they are in running their flourishing business. Ryan helps out at a homeless shelter in his area, designs websites for nonprofits at no charge, teaches art classes, and works with over 20 youths twice a week. Ken also volunteers to work with youngsters, spending a day each week teaching kids aged 4-10 about character and nature. Both Parsons brothers also volunteer with Habitat for Humanity and Rebuilding Together.

In late April of 2013, the Columbus area organized a community-wide effort to commemorate National Volunteer Week. The people of Muth & Co., which provides guttering and roofing services, sprung into action by donating all of the materials and labor for a new, state-of-the-art roofing system for Habitat for Humanity’s Home of Hope Columbus Blitz Build, where volunteers constructed a brand new home in just five days. Also, Muth & Co. donated $730 to Habitat for Humanity MidOhio based on the number of “Likes” received on the company’s Facebook page. 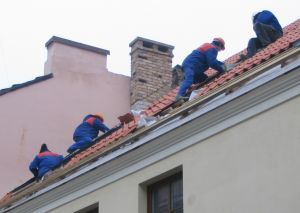 Even though this company has only been in existence for three years, it has already amassed an impressive list of volunteer activities. Green Energy of SA has donated thousands of feet of gutter barrier in its efforts to assist non-profit organizations, including Sam’s Shelter, a scholarship fund run by Aggie Moms, Catholic Youth Organization, and even a local public TV station. And recently, Green Energy of SA announced a donation of $1000 that will be given to the March of Dimes program in conjunction with a support campaign on the company’s Facebook page.

This contractor also used a Facebook page initiative, which resulted in a $400 donation that was awarded to the National Multiple Sclerosis Society’s Delaware Chapter. But P.J. Fitzpatrick INC didn’t stop with just a monetary gift. The company also mobilized 20 volunteers to help with the chapter’s “Caring Hands” effort. These individuals went to the homes of three Delaware residents who are suffering from MS. The volunteers cleaned out the homes’ gutters and made minor home repairs at no cost to the residents.

The company makes its living by using an industrial suction vacuum apparatus to remove debris from the gutters of homes and business across the region. But GVAC Long Island also donates its services to local nonprofit agencies who try to serve the community. That’s why GVAC Long Island went to the Little Shelter Animal Rescue and Adoption Center in nearby Huntington to clean out the facility’s gutters without charging for their services. This saved the shelter valuable time, effort, and money that its volunteers could then devote to rescuing abused and unwanted animals and helping them get adopted by members of the community. 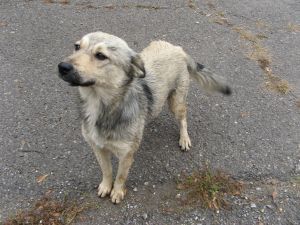